Hugh Rose, founder of Arts for Impact, has been working with a patient at the Princess Elizabeth Hospital to transform his bedroom into a work of art.

Hugh met Jake as a result of his role as Artist in Residence at Frossard Children’s Ward. His Health Visitor saw the work Hugh was doing at Frossard Ward, and approached Arts for Impact to see if there was anything we could do for Jake.

Ten year old Jake has a palliative heart condition, which means that his freedom to pursue an energetic lifestyle, enjoyed by most boys his age, is very restricted, and as a result, he spends a lot of time in his bedroom at home. Hugh, who is an Illustrator and Toy Designer, worked closely with Jake to create the final artwork.

Since Jake’s physical ability to do the things he enjoys is limited, the artwork aims to engage Jake in those activities through his imagination instead. Hugh designed a landscape inspired by the video games Jake enjoys, which creates a calming atmosphere in his bedroom as well as making the space feel more open.

Hugh also created a set of reusable stickers that enable Jake to interact with the artwork by placing the stickers and creating his own adventure. 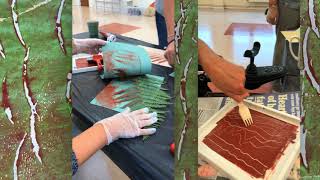 'The West Coast' by the Guernsey Cheshire Home 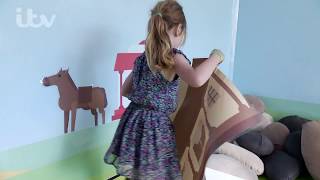 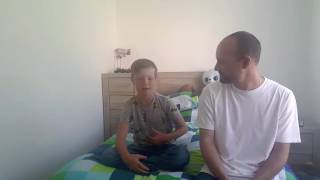